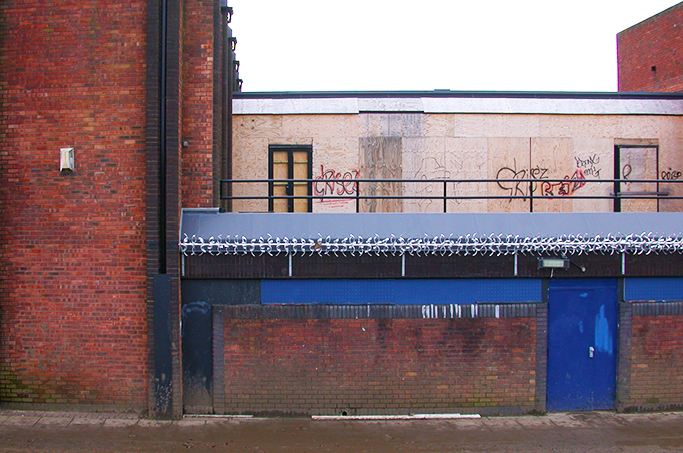 Well they would, wouldn’t they?

There is a catch, if the Council can move forward with the right decisions it is no longer a crisis, but the turning point.  Now you can see where I am coming from and where I am taking this.

So let’s firstly add some flesh to why I have concluded Whitley is in crisis.

Do you remember when AcademySport was South Reading Leisure Centre – a facility for the community?  The taxpayer gave £1.5 million to alter it to meet the needs of an incomplete school which for some inexplicable reason wanted to run and manage an apparently failing, no hope leisure centre of claimed junk status.  That curious position was part of detailed discussions I had with the then Academy Head and with Lord Adonis, the then Minister in charge of Academies.  I discussed both with Lord Adonis and with the Department for Education whether it was intentioned that Academies run sports centres.  The answer was, “no”.

Thamesbridge, the school that was obliterated to make way for the £80 million new build, had as much access as it required to the facilities so why should this stop for the academy?  Notwithstanding this, the academy was purpose built and designed to fulfil a specialised educational need.  I argued that the taking over of a leisure centre was a preposterous proposal, particularly as I did not accept the rationale or the business plan that had been at the heart of the deal between the Academy or latterly arm’s length trust – Academy Sport Leisure Centre Limited and the Council.  Out went the crèche, and in came a superb heavy weight gym, in part, funded for the centre by a bank, which attracted drug dealers and steroid driven body builders.  Where was the investment by the school itself, you might ask?

There was an instant mismatch between the needs of the real public, the grass root, and the strategic approach to alter the behaviour and attitude of the attendees of the school.  I do not want to give a history of the exclusive club that the Academy Head wanted to create and extoled by the then academy appointed manager of the centre. Let me opinion that it was offensive as certain groups would be excluded including the unemployed.

One point I did agree with was that the young needed all the opportunities afforded by a good education to gain self-respect and a fulfilling future.  There needed to be a paradigm shift in attitudes to Whitley and to retrospectively bring on those in the community who had been failed by the system.

This vignette is to give a flavour of the challenge I took up then.  I find myself now almost back to square one, because what the centre’s biggest failing was, was the lack of investment to create a community facility that brought people together.

What we now have is a facility where limited repairs have been made since our investment and many more hundreds of thousands of pounds spent by the Council against an ill-conceived plan.  A temporary AcademySport banner (almost a decade old) on the outside of the building covers over South Reading Leisure Centre branding and has been in place since the building was handed over.

The centre once again shows signs of significant deterioration.  If the keys were to be returned and the Academy has a right to do so, then where does this leave the taxpayer; entirely out of pocket?  Crisis. I do not see any sign that the Academy has maintained the building to the standard we built for them, nor have they tackled the full upkeep and improvements promised to the pool – under threat is how I look at it.

Why do I raise the question of Academy Sport at this juncture?  Have we a situation like Rivermead?

In recent years AcademySport has sustained itself with an agreed grant from RBC, when in the hands of competent managers with a focus on community – out went the heavy weight kits.  That was one of many fundamental changes needed which finally occurred with a change of management at the academy.  But because of history the focus is still built on school-tied interest, like the pitches, and still not designed for the community as a whole.  If you look around Whitley there are few community facilities left which are not under threat of closure.  My definition of community is inclusive not exclusive.  This is one of the key indicators why Whitley is in Crisis.

I am aware, obviously of the predicament of Arthur Hill, of Rivermead and of Palmer Park.  In looking at the plan for leisure and within it I cannot see a coherent strategy let alone a policy that does not result in the sad position of Academy Sport.   What concerns me is that the Labour Council had repeatedly promised new pools like some mantra for the uninitiated to their ways.  I can show you their commitment and their deadlines. It is a sad tale of woe like Chatham Place’s offer of a pool – one example of an opportunity lost.

Let’s cut to the chase and get back to basics with a solution not just for Whitley which is in crisis, but for the whole of Reading. This preamble starts that debate for meaningful change and again calls our Councillors to account.